On April 4, a small group of students and faculty gathered together to pay tribute to Chinua Achebe, who passed away on March 21st. The event took place in the stunningly beautiful Gothic Reading Room in Duke University’s main library.

After Prof. Nancy Armstrong opened the event with a welcome message, three speakers gave a short reflection on Achebe and his work. Prof. Maurice Wallace said that his encounter with Achebe’s essay on Conrad was a landmark moment in his intellectual life. Oliver Nyambi, a doctoral candidate from University of Stellenbosh in South Africa, emphasized Achebe’s greatness as a literary figure and the enormity of the loss brought about by his death. I spoke on what it means to see Achebe as a literary ancestor. The evening ended with a few members of the audience coming up to read passages from Achebe’s works.

It was a lovely event made possible by contributions from the English Department, NOVEL—A Forum on Fiction, African and African American Studies Department, and Franklin Humanities Institute.

Check out the photos. 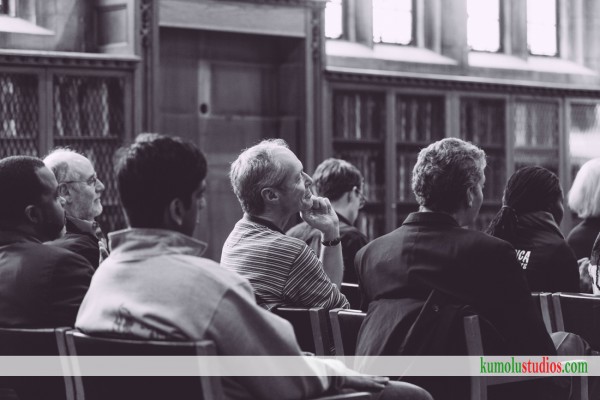 [...] went, I had forgotten that the photos from Adichie’s event had still not been posted. [Click HERE to see photos from Achebe's [...]