What Siphiwo Mahala is Reading South African author and editor of Imbiza Journal for African Writing Siphiwo Mahala is the featured author in our series on what African writers are reading. Mahala tells us what he is currently reading but also shares his to-be-read list, in addition to recommending books he’s read in the past and really loved. If you’re interested in learning more about each book or would like to buy a book, there is a list below the essay with each book mentioned, the synopsis, and buy link.

It is the middle of winter in South Africa and, to keep myself warm, I make tea, tuck into bed and cuddle up with a book. I recently revisited Fred Khumalo’s historical novel, The Longest March (2019). It is one of those books you read once, and it ends too soon, then you make time to read all over again and every time it fascinates you like it’s the first time. It’s about a pocket of our history that I knew very little of, set on the eve of a famous war between the British and the Dutch descendants in South Africa, known as the Anglo-Boer War (1899- 1902), where there was a raging inspirational story of about 7000 Zulu men, women and children who fled the goldmines in the Transvaal (Johannesburg area) and walked all the way to Natal (Zululand), covering the distance of about 500 kilometres in just over ten days. Khumalo tells this story with great sensitivity, humour and wit, presenting intriguing subplots of romance, betrayal and jealousy. In October 2019, to mark the 120th anniversary of this historic event, Khumalo retraced the footsteps of his ancestors and walked the entire distance!

I have just started reading the new offering from the legendary South African writer, Sindiwe Magona, whose latest novel, When the Village Sleeps (2021) promises to be a captivating and edifying as many of her works. It was over 20 years ago when I was introduced to Magona’s short story collection, Living, Loving and Lying Awake at Night (1991), in which I found myself and characters very familiar to me. Never had I read a book that captured the essence of rural life in speech, form and character the way she does before. She captures the African idiom in her writing the same way Chinua Achebe does, except that she grapples with the lives of the marginalised, the ordinary people, especially women in rural communities in an extraordinary way. Her stories are told with such authenticity that the plot takes complete command of your emotions. In her latest offering, she continues exploring the rural landscape, representing the lives of ordinary people with such grace and resonance. In this new novel, we hear the wise voices of our mothers and grandmothers, the voices of the neglected and the marginalised, and they haunt us because they remain ever so resonant. When the Village Sleeps will surely go down as one of the defining novels in contemporary African writing.

As soon as I am done with my current read, and in-between my writing and editing the next issue of Imbiza Journal for African Writing, I hope to get hold of Chimamanda Ngozi Adichie’s latest offering, Notes on Grief (2021). I was first introduced to Chimamanda back in 2006, when I met her at the British Library in London. She had just published Purple Hibiscus (2003), which I thought was the greatest thing in contemporary African Literature. Later that year she published her second novel, Half of a Yellow Sun, and at that point she cemented herself as a force to be reckoned with. My particular interest in her latest offering is that I have been in a perpetual state of grief since losing both my parents at a relatively young age. Reading about grief and other people’s losses, always makes me feel that I am not alone. It is part of my own healing.

One of my favourite contemporary novelists in South Africa, Mpush Ntabeni, has just released his second novel, The Wanderers (2021), which also grapples with grief. The novel also affirms our interconnectedness, as it deftly explores the historical ties that bind South Africa and Tanzania. Mpush Ntabeni – remember that name!

I have particular fascination with short stories, and I will be teaching the genre at a local university later in the year. At the moment, I have on my bedside these two short story collections: Searching for Simphiwe by Sifiso Mzobe and A Coat of Many Colours by Fred Khumalo. I will teach these stories alongside Intruders (2018) by Mohale Mashigo, Soweto: Under the Apricot Tree (2018) by Niq Mhlongo and If You keep Digging by Keletso Mopai (2019). It is exciting that one of my favourite short story writers, NoViolet Bulawayo, will be publishing a new book next year. I found her debut novel, We Need New Names (2013), quite riveting, and I am confident that her upcoming book, Glory, will be equally good. Bulawayo, Mopai and Lesley Nneka Arimah, author of What it Means When a Man Falls from the Sky (2017) are my favourite short story writers at the moment.

Lastly, one of my all-time favourite novelists, Zakes Mda, will be releasing his next novel in October, titled Wayfarers’ Hymns. I had the privilege of reading part of the manuscript and it left me salivating for more. Zakes Mda is by far South Africa’s most prolific novelist since the dawn of the democratic dispensation.

The Longest March by Fred Khumalo The Longest March by Fred Khumalo

A hundred and twenty years ago, 7,000 Zulu mineworkers walked from the gold mines in Johannesburg to Natal, covering a distance of five hundred kilometers over ten days…Set during an incredible event in South African history, Fred Khumalo’s new novel is a tale of heady determination, and a tribute to the perseverance and courage of ordinary men and women when faced with extraordinary circumstances. (2019/Umuzi)

When the Village Sleeps When the Village Sleeps

When the Village Sleeps is a visionary novel about what the loss of identity and dignity do to a people afflicted by decades of brokenness. Told through the lives and spirits of four generations of amaTolo women, including The Old, who speak wisdom with ever-increasing urgency, it moves between the bustling township setting of Kwanele and the different rhythms of rural village life. (Picador Africa/2021)

Living, Loving and Lying Awake at Night by Sindiwe Magona Living, Loving and Lying Awake at Night by Sindiwe Magona

Sindiwe Magona’s superb collection of short stories brings a full range of South African women’s experience brilliantly to light. From the village mother leaving her children to work; the maid in service to the white medem; the black child raped and murdered, [the collection] is at once tragic, triumphant, humorous, and sharp. (Interlink Books/2009) Notes on Grief is an exquisite work of meditation, remembrance, and hope, written in the wake of Chimamanda Ngozi Adichie's beloved father’s death in the summer of 2020. As the COVID-19 pandemic raged around the world, and kept Adichie and her family members separated from one another, her father succumbed unexpectedly to complications of kidney failure. (Knopf/2021) In The Wanderers, "Ruru’s father, Phaks, joined the anti-apartheid struggle in exile before she was born but never returned, preferring to stay in Tanzania. Years later, though he has passed away, Ruru goes in search of signs of his life in his adopted country. She finds it in his widow and his ‘pillow books’ – journals he kept, coming to terms with his mortality. Struck by the parallels with her teenage letters to her late mother, she reads to find answers to her questions: Who was he? Why did he not return?" (Kwela/2021)

Searching for Simphiwe: And Other Stories by Sifiso Mzobe Searching for Simphiwe: And Other Stories by Sifiso Mzobe

Detectives in pursuit of criminals, a brother desperate to find his wunga-addicted sibling, a search for abducted girls, a quest to be reunited with a long-lost lover – these are just some of the searches that form the basis of the stories in this collection…Entertaining tales that keep the reader enthralled with tension and suspense. (Kwela/2020)

A Coat of Many Colours by Fred Khumalo A Coat of Many Colours by Fred Khumalo

In A Coat of Many Colours Fred Khumalo presents a patchwork of various vibrant stories befitting the collection’s title. With genres ranging from noir crime to comedy; realism to surrealism, readers are treated to true variety. Characters of different races, ages, classes and genders add to the diversity of the collection and reflect the South African society. (Kwela/2021) Orphan sisters chase monsters of urban legend in Bloemfontein. At a busy taxi rank, a woman kills a man with her shoe. A genomicist is accused of playing God when she creates a fatherless child. Intruders is a collection that explores how it feels not to belong. These are stories of unremarkable people thrust into extraordinary situations by events beyond their control. (Picador Africa, 2018)

Soweto: Under the Apricot Tree by Niq Mhlongo 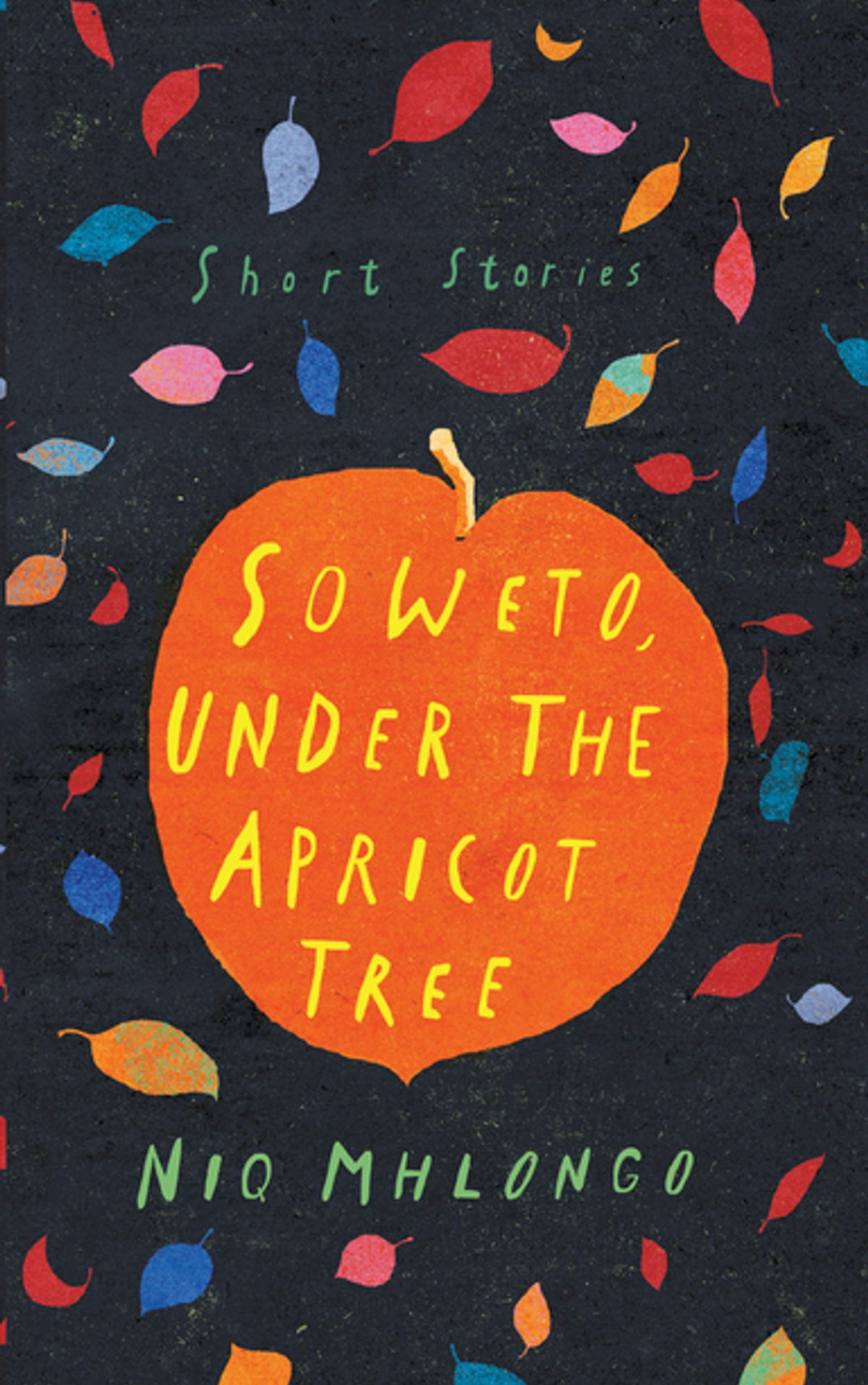 Soweto: Under the Apricot Tree by Niq Mhlongo

If the apricot trees of Soweto could talk, what stories would they tell? This short story collection provides an imaginative answer. Imbued with a vivid sense of place, it captures the vibrancy of the township and surrounds. Told with satirical flair, life and death are intertwined in these tales where funerals and the ancestors feature strongly; where cemeteries are places to show off your new car and catch up on the latest gossip. (Kwela/2018) A stunning collection of short stories from Caine-Prize shortlisted and Commonwealth Writer's Prize winner Lesley Nneka Arimah...Shot through with magic and a powerful sense of yearning, this is a diverse and dazzling collection that showcases the work of a major new talent at the beginning of a stellar literary career. (Riverhead Books, 2017)

If You keep Digging by Keletso Mopai If You keep Digging by Keletso Mopai

If You Keep Digging is a moving collection of short stories that is an essential addition to current and on-going discussions that affect the youth including those around migration, gender, sexuality and identity. The selection of stories highlights marginalised identities and looks at the daily lives of people who may otherwise be forgotten or dismissed. (Jacana Media/2019) Glory centers around the unexpected fall of Old Horse, a long-serving leader of a fictional country, and the drama that follows for a rumbustious nation of animals on the path to true liberation. Inspired by the unexpected fall by coup…of Robert Mugabe…Bulawayo's bold, vividly imagined novel shows a country imploding, narrated by a chorus of animal voices. (Viking/March 8) Famo music was born in the drinking dens of migrant mineworkers in Lesotho, where the men would sing to unwind after work, accompanied by the accordion, a drum and sometimes a bass. Meet the boy-child Kheleke, a wandering musician, and his surprising sister Moliehi. Then sigh with pleasure at being reunited with Toloki, the professional mourner from Ways of Dying, and his beloved Noria. (Umuzi/2021) 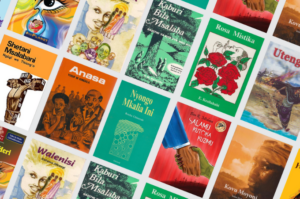