You know what they say. A family that writes together stays together. This picture of celebrated Kenyan novelist Ngũgĩ wa Thiong’o and his children Wanjiku wa Ngũgĩ’s and Mũkoma wa Ngũgĩ captures that thought beautifully. It was taken over the winter holidays when Ngũgĩ wa Thiong’o bought copies of his children recent novels and had them sign copies to be gifted to family and friends for the holidays.

Wanjiku wa Ngũgĩ’s Seasons in Hippoland was published recently, towards the end of 2021. The magical realism story follows Mumbi, a rebellious child, and her brother who are sent away from their home in the capital city, to a rural home called Hippoland. Mumbi learns and shares stories learned in Hippoland when she returns to the city. This leads her to encounter the Emperor, who sends her on a journey to find a special item from one of the tales.

Mũkoma wa Ngũgĩ’s Unbury Our Dead with Song was published in 2020. The novel tells the story of four musicians who all perform their best rendition of a Tizita, a popular from of Ethiopian music. Described as “part novel and part philosophical enquiry” by author Aminatta Forna, the book explores the complexities of the connections between ones self, healing, and music.

We love to see the writing legacy in the family continue on and flourish! See some of the other photos below.

PS: Happy belated Birthday to Ngũgĩ wa Thiong’o who rang in his 84th year of life on January 5! 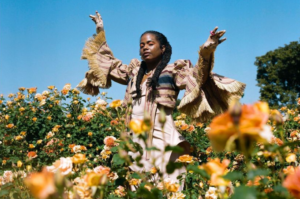